Home Down the Tennessee River

Down the Tennessee River 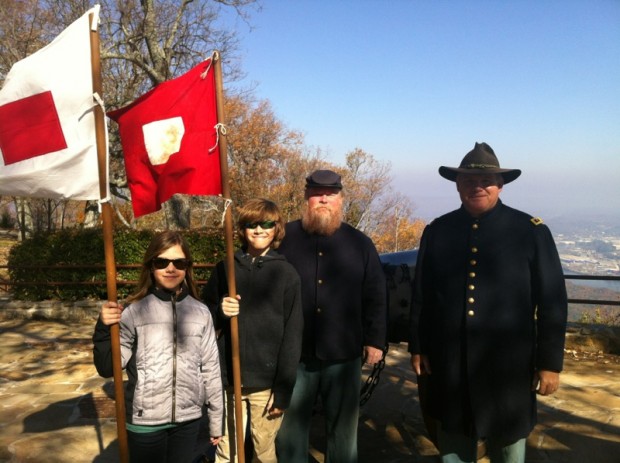 We didn’t quite do double-time back down the Tennessee River from Chattanooga, but we cut the travel days from five to four thanks to a little push from the river current and a willingness to run at higher RPMs and burn a little bit more fuel. We did take an extra day, however, in Huntsville, Alabama where we rented a car, drove from our marina in Decatur, and visited the U.S. Space & Rocket Center.

Having been to the Kennedy Space Center a number of times with the kids, many of the themes were familiar. We never get tired, though, of hearing about the race to the Moon and America’s space program. And Keenan continues to be fascinated by the technology and engineering behind all the rocketry and general aviation. I joined Keenan in a high-tech U.S. Army Apache helicopter simulator and then the kids convinced Jennifer and me to join them in a G-force simulator that took us to three Gs for about three minutes. Good thing we hadn’t eaten lunch first. It was a reminder of what a rough ocean passage can feel like aboard Muddy Waters.

We also enjoyed seeing the Werner von Braun exhibit at the space center. Von Braun, the father of modern rocketry and a German scientist during WWII, surrendered to the Americans near the end of the war and eventually came to Huntsville with his team where they developed the Saturn rocket and others. My dad reminded me too that he’d met von Braun at a rocket launch at what was then called the Cape Canaveral Air Force Station. Watching the kids point out familiar rocket and exhibits in the museum was gratifying for me and Jennifer too since we figured those early trips to Florida’s space coast may to have planted seeds in their minds on thinking in big and sometimes unconventional ways.

While in Decatur, Alabama we visited with friend and fellow Looper, Carlton aboard SeaMoore. Carlton, whose wife Becky had just had major surgery, embodies everything terrific about Loopers – a contagious smile, energy, helpfulness and friendliness. We enjoyed traveling some with Carlton and Becky in the Hudson River Valley and on the Trent-Severn Waterway. Carlton helped save our bacon in a tight situation in Canada last summer, and we’re grateful for his Looper spirit.

That evening we tied up at Joe Wheeler State Park near Rogersville, Alabama. We only stayed overnight at this lovely state campground, but in our short time there Jennifer squeezed in a long run, and the kids and I went on an few hour hike in the beautiful park around dusk, spotting more than a dozen deer. We also noticed the mercury dropping rapidly once the sun set. By morning, Muddy Waters’ lines, teak cap rail and decks were entirely covered in a white blanket of slippery frost. Daria even made a snowball on the foredeck. Temperatures had dipped into the mid-20s. Brrrr. Right then and there, we all decided we’d motor relentlessly until we were back in Florida.

Within a day we were back at Grand Harbour Marina in Luka, Mississippi, ready to begin our trek south on the Tennessee-Tombigbee Waterway (known as the Tenn-Tom), then the Tombigbee River and finally the Mobile River before reaching Mobile Bay and pointing Muddy Waters east and south toward Florida’s warmer waters.