Family Reunions on the Penobscot Bay 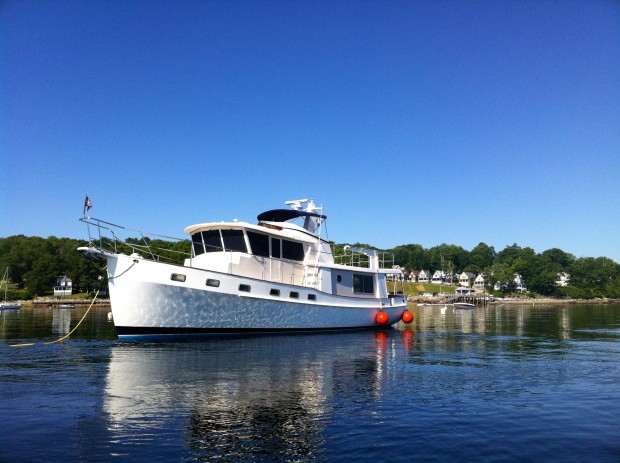 Arriving in Bayside by water this summer was the fulfillment of a childhood dream.  As a young boy, I’d explore the rocky shore, look for crabs, eels, sea glass…and dream of sailing around the bend into the Penobscot Bay aboard a classic wooden sloop.  One summer when I was eight or nine, we made a Huck Finn and Tom Sawyer kind of raft with loose wood, twine and a drift wood branch to pole ourselves around near shore.  We even buried treasure (jam jars with pennies) and created intricate maps, soaking the paper in coffee grinds to give it a sepia tone.  We stuffed old bottles with maps and messages, secured the corks with candle wax and set our glass messengers out to sea.  It was all part of the adventure and imagination that Bayside meant for my dad and his siblings, for me and mine and for our spouses and now for our kids. 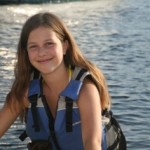 Muddy Waters, tied to a mooring ball just a few hundred yards from Bayside’s wharf, was our base camp for three weeks of full family adventure, Maine style.  During the first two weeks of July, while the Samway clan was in town, we fell right into our relaxed summer rhythm of high-energy activities followed by family meals, music, roasted marsh-mellows, stories and lots of laughter. 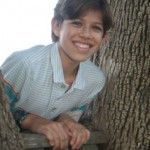 For activities, we hiked Mt. Battie (Pappy included) in the Camden Hills, climbed Mt. Katadhin in Baxter State Park (seven of eight grandkids have summited!), scrambled on the granite slabs of Mt. Desert Island in Acadia National Park, kayaked, paddle boarded, tubed, rope-climbed, swam and jumped from the wharf at low-tide.  We even squeezed in a few rides around the bay on Muddy Waters.  We’re a family of readers – from youngest to oldest (…wisest) – and we all try to squeeze in a few page turns while in Maine; but, we also love nature and exercise and we seem to be in constant conversation (about politics, weather, music, food, life) and in perpetual motion.  Sometimes we stop for Persian tea on the porch, maybe to catch an 0430 sunrise. 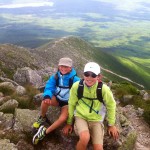 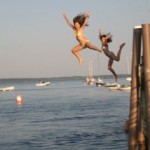 Music’s always a part of Samway family gatherings and we had plenty to go around this year between family members who are singers, guitar, piano and harmonica players, a drummer, and a new addition this summer with Keenan on the bass guitar.  In what’s become a family tradition, the grandkids staged an impressively entertaining talent show filled with skits, dance routines, yoga moves and lots of superb singing.  I even got to be a part of a blues duet, playing guitar while Keenan jammed on the bass.  Keenan insisted he was playing a modern rock-n-roll song, but I reminded him of the Willie Dixon saying: “the blues is the roots and everything else is the fruits.”  A dad and son 12-bar blues jam.

With a terrific food co-op just down the way in Belfast, we continued our other tradition of tasty, local and organic ingredients to cook-up fabulous vegetarian feasts (with a lobster roll or fresh-fish dinner thrown in).  Between my mom, Sima, Jennifer, Wendi and Jaleh, good eats were abundant and healthy meals were the center of our evening gatherings and our fuel for the following day.  All gathered, we’d recount the day’s fun, play board games, laugh, share stories, sit by the fire and of course make music.  Jennifer also organized a siblings dinner at a terrific new place in Belfast called the Lost Kitchen and we chatted up a wordy storm.

We also had lots of extended family (Samways and Hameds) who are both regularly in Bayside during the summer and others who came to visit us while we were around.  This summer, nearly two dozen Samways roamed the quiet roads of this 19th century village.  My uncle Tim Samway, who regularly photographs all things Boston Red Sox, kindly agreed to take family photos of both sides of the family.  Thank you! 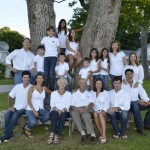 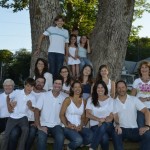 Jennifer’s family arrived from Georgia and California the third week of July, and Sima and Doug welcomed everyone on their porch for a Bayside dinner on the Penobscot.  The big boys – Jennifer’s dad, Keenan, three brothers-in-law (Jay, Chuck and yours truly) and a brother-in-law-to-be (Derek) – all piled into Uncle Doug’s minivan (we dubbed it the “manivan”) and drove to Rockland for the North Atlantic Blues Festival the following afternoon.  We grooved to some down home blues and even some Zydeco, soaking-up performances by John Mayall and Chubby Carrier & the Bayou Swamp Band, all set in a park overlooking Rockland’s beautiful harbor, with bookend lighthouses at the harbor entrance. 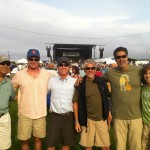 That same day, the ladies and all the grandkids (save for Keenan who was at the blues festival with the menfolk) hiked Mt. Battie and then met all the boys in Camden for a lovely dinner.  During the week, we BBQ’ed at Chuck and Caroline’s cottage, with their large wrap-around porch, sharing laughs and watching all the kids enjoy wrestling around.  We also had a siblings dinner (Jennifer’s one of four sisters) at one of our favorite spots, Chase’s Daily in Belfast.

Later in the week, the boys – this time without Keenan and me – went on a fishing trip a few hours south near Bath, Maine.  They reported that while they did not actually catch any fish on their full-day fishing trip, it was still a grand success because they came back with memorable stories about the fishing guide’s drill sergeant motivational techniques.  They apparently considered mutiny and tossing the guide into the drink…but they agreed he was just doing what they paid him to do.   The fish-less fishing trip proved a worthwhile investment, however, as we all had good laughs with (and about!) the family fishermen. 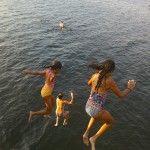 While the girls made their way to town, and up to Bar Harbor one afternoon, Jennifer’s dad, Derek, Keenan and I went golfing, regularly flushing out the Maine wildlife as we sent golf balls into the woods on each hole.  Lucky for us we didn’t scare up any Maine black bears.  Like in the first two weeks, we also spent lots of time with all the kids tubing behind Mudcat, swimming from the wharf and combing the beach for shells, sea glass and hermit crabs.

There’s a reason the locals have called it “camp” for a hundred years.  No counselors, uniforms or fees though. 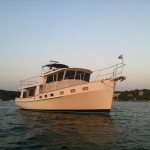 The kids roam, swim, explore, skin their knees and grow up just a little more each summer.  We were fortunate to watch Keenan and Daria grow up before our eyes as we traveled along the Great Loop last year.  Summers in Bayside offer some of the same magic ingredients – the outdoors, independence, the water, tradition and good people. 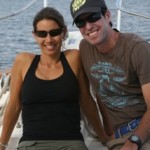 After a dream-like Bayside summer of fun, family and adventure, we cast off Muddy Waters’ lines from our mooring on the Penobscot Bay and began our trek south along the New England coastline.  We promised ourselves to bring Muddy Waters to these chilly northern waters again for a full summer of exploring the Maine coast.