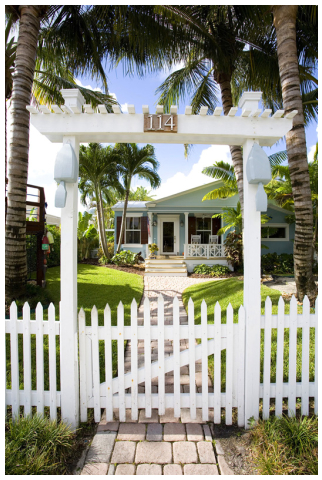 Here’s a shot of our Key West style home, built in 1939 on Venetian Causeway in the heart of Miami Beach.  The photos below are from the inside of the house.  We’ve lived there since 1998 and think of our cottage-like house in the same way a sailor might think of a classic-lined, small wooden sloop – charming, character-filled and the place of many great family memories.

Most our friends begin by asking about the adjustment to land life.   We have no complaints about returning to our cozy 1930’s home in Miami Beach, with friends and family nearby and abundant sunshine and sea breezes year round.  We’ve always appreciated Miami’s cultural, political, linguistic, musical, literary and culinary richness and diversity.  Now, after a year on the water of slowing down, listening and learning together with our kids, we’ve figured out how to absorb even more of what this magical city offers.  We do, of course, miss our adventures at sea and the slower pace of life, and we’re already cooking up a few onboard recipes for future adventure aboard Muddy Waters. 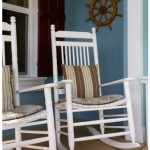 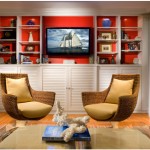 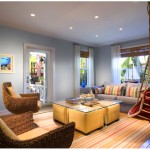 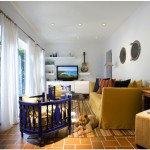 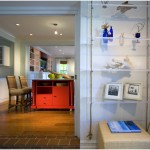 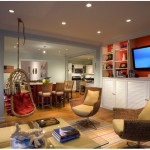 After eighteen months of running the little floating school house, Jennifer and I are out as teachers and no longer homeschooling Keenan and Daria.  They returned to the public school system in January, but not before presenting yours truly with a sort of certificate or, ahem, award.  I’m not bragging, I’m just telling it like it is.  With quiet pride I accepted the WWT honor, formalized with color printing, a Muddy Waters seal and student signatures.  Never heard of the WWT?  Maybe that’s because you never had a teacher worthy of the title.  It’s the award for the…World’s Worst Teacher!  Maybe I was a little tough on the kids, making them read, write and answer questions about all that history, geography, literature and so on during our travels.  I guess they thought we were just going for a boat ride.  Since Jennifer was a co-teacher, I asked if mama professor should share the award.  Nope.  Just me, the solo WWT?  Ah, shucks.  It’s good to be recognized for something.

Truth is, Keenan and Daria worked hard as sailors and as students, and Jennifer and I are proud of all they accomplished last year living aboard.  They continue to be studious, adventurous, kind and thoughtful kids.  We’re lucky parents.

Before we set sail the kids auditioned for a new charter school for the arts called the Miami Arts Charter School or MAC.  Last fall we learned they’d been accepted.  Keenan, who took lots of stunning photos last year aboard Muddy Waters, is in MAC’s photography program and you can see some of his school work here.  Daria is in MAC’s dance program, focusing on ballet, jazz and modern dance.  Both kids seem to have adjusted just fine, starting school mid-year, making lots of new friends and doing well in their studies.  We remind them that they didn’t seem to suffer too much from being saddled with the WWT for a year and a half.  They’re tempted to roll their eyes, like Muddy Waters in 6’ beam seas, but, they know the captain doesn’t care for rolling of any sort, eyes included.

Both kids also dived into after-school activities.  Keenan’s been playing bass regularly at the Sobe Institute of the Arts and he’s back on the links each week at one of our public golf courses.  He’s also become an avid wind-surfer, sailing on weekends at the Miami Yacht Club.  Daria dances two hours a day in her rigorous program at school, where the students also learn choreography.  She danced at the Little Haiti Cultural Center in a production choreographed by the students themselves.  She’s also danced in two school performances at the Colony Theatre.  After school, Daria dances nearly ten hours per week at the Miami City Ballet, where she’s been a student dancer for five years now.   She’s danced in a number of performances with the Miami City Ballet at Miami’s state of the art performing arts venue, the Adrienne Arscht Center.

The kids quickly re-connected with all the friends and cousins they’d left behind during our travels.  They leaped back in and didn’t seem

to miss a beat, shooting hoops in our driveway with neighbors, taking Mudcat (our dinghy) out for rides, biking, swimming, playing music and catching up on local goings-on.  We’ve gone on a few short boating trips, including a Spring Break cruise of about a hundred miles up Florida’s coast.  Each of the kids brought a friend and we anchored out each evening, explored in the dinghy, played lots of cards and word games and watched a couple colorful sunsets.

Jennifer also didn’t break stride and roared back into racing.  Not two weeks after our return she competed with a group of friends in the Ragnar Relay Race, a non-stop, overnight team run from Miami to Key West.   The race helps raise money for the Florida Special Olympics.  A month later, Jennifer completed a week-long adventure race  in Costa Rica, her second there (see the photo here with Jennifer and Flor traversing a waterfall).  She traveled and raced with her good friend Florencia.  Jennifer, Florencia and their close friend Marina all completed Ironman Brasil together a few years back, and between yerba mate gatherings, Florencia’s management of Miami’s premier youth sailing program, Marina’s flourishing art career, community activities and kids sports, they all still manage the occasional long run or bike ride together.  Jennifer continues to run, and has roped me in, with a group that meets at 0615 weekly for 10k sunrise beach runs. 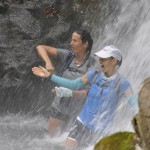 Though a certified yoga instructor, Jennifer’s mostly been attending classes as a participant this spring.  She also continues her extensive self-guided research on nutrition and athletics.  Just like on Muddy Waters.  With graduate degrees in both agriculture economics and in public health, she has a great foundation and probably has a book in her if she sits still long enough to write it.  She’s also organizing a running and fitness group for kids for next fall in Miami Beach.  Not only is she a great athlete (and mom and wife), she’s also a terrific teacher, and we hope lots of kids will sign-up.

Since returning, I’ve been using Muddy Waters as an office and have been working on a few writing projects.  I recently wrote a draft chapter for an academic book.  I think the invitation I received to write the chapter was possibly intended for someone else.  Their flub, so I figures,”Hey, I can can do this.”  I wanted to write the chapter on changing filters, trouble-shooting electrical connections, fine-tuning a reverse osmosis system, dead-reckoning and so on.  But, the book is apparently about human rights and the international political system, and while I think there are lots of lessons from seamanship that apply, I didn’t want to show-up my co-authors by using fancy terms like mizzen mast or Davey Jones’ locker.  So, to be charitable, I wrote a chapter that will make everyone else feel much better about their own chapters.  The editors probably still have time to shorten the book by one chapter, so we’ll see.

Friends have encouraged us to turn our travel blog from last year into a book.  But, it seems kind of personal so not sure if anyone other than family members would get past page one.  I suppose we could self-publish, stuff holiday stockings, make door stops and so on.  Jennifer and I will think about it some more and see if the spirit moves us to cut, paste and edit.

And for the largest literary leap, I’ve been trying to write fiction – of the political, technology, thriller type.  I read more about mechanical and electrical marine systems than anything else these days so I’m not sure that’ll translate to palatable fiction-writing.  I have no illusions about it, especially since I know nothing about writing, but I’m giving the novel a go.  There’s a pinch of politics, a sprinkle of technology, and not much thrill in the few draft chapters I’ve written, so I better add those ingredients or pick another genre.  (Genre is french for trawler.)  Or maybe I’ll just stick to my knitting and offer my services as a WWT-certified onboard uncompromising home-schooling instructor.

Speaking of technology, we also rebuilt our website.  Our friends Sonja and Gavin recommended a superstar web-designer named Asa Shatkin who founded Shebang Design and did lots of work for the U.S. Army.  Asa suggested we use WordPress to create our re-worked website since our former web-hosting service is about to shut down.  Asa transferred thousands of our photos and all the posts and comments to WordPress.  He also gave us recommendations on site design and all that technical jazz.  Asa is extraordinarily patient and has a great way of explaining complex topics in simple terms.  He customized the WordPress template, added creative touches and set up the site so we can now manage the entire thing ourselves again.  That’s the idea anyway.  If the site crashes when you click on the thingamajig, it’s because Jennifer and I couldn’t figure out whether to first cut the black or red website wire, and we guessed wrong.

Welcome back to the Samway Adventure.